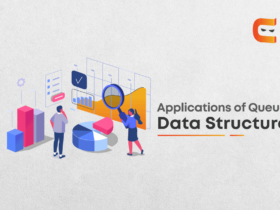 Queue Data Structure and its applications

Data structures are a way of storing and retrieving data in an efficient manner. Data structures may be linear or non-linear depending on whether they store data sequentially or not. Linear data structures include arrays, stacks, queues, and linked lists.

Before learning about the features, let us understand what Doubly Linked List is. It is a linked data structure that consists of a set of sequentially linked records called nodes. Each node contains three fields: two link fields and one data field.

Linked list are linear data structures that has a collection of nodes connected to each other. It’s more like a chain structure. Each node consists the type of data it stores and a reference to the next node. Here are some points that make a linked list better than arrays.

Linked lists can be classified as Singly, Doubly and Circular Linked lists. A basic C++ structure of node in a singly linked list is shown below.

Doubly linked list or more commonly referred to as DLL is similar in node structure as that for a singly linked list except for the fact that they have an extra pointer which is used for back traversal on the list. It has two pointers namely next and previous. DLL can be considered as a variation of the singly linked list. Here one pointer (or reference) points to the next node and the other pointer points to the previous node.

The previous pointer for the first node points to NULL. A node structure in a doubly-linked list is as follows.

Many would have been wondering what would be the use of such data structure in real world. Well consider the following situations.

Now we will move on to how and what operations are performed on doubly linked lists.

3. Inserting Node in between: This is more complicated than the above insertion process and its implementation must be done carefully. In real-world, this functionality is mostly used. In this process, the new node comes in between two nodes. Let’s denote the nodes N1 and N2.

Here the New Node N will be after N1 and before N2. Now we need to do the following:

Deletion also involves three different types namely deletion from the front, deletion in between, and deletion at the end. All these steps have a common algorithm. Obviously, the implementation depends on the syntax of the language but the algorithm remains the same. While deleting a node in a Doubly Linked list we first re-position the pointer pointing to that particular node so that the previous and after nodes do not have any connection to the node to be deleted. Follow the below-mentioned steps to delete a node in a doubly-linked list

The above diagram shows how node B is deleted and nodes A and C are connected. The implementation must be done very precisely specially while changing the pointers.

Searching in a doubly-linked list is similar to that of singly list. We need to traverse the entire list and search for target value. If the value of a node equals the target node we simply print that value and return 1 indicating value is present in linked list else return 0 indicating the absence of the target node. A simple C++ implementation is shown below:

This operation also makes a doubly linked list very useful for practical purposes. We have already used two pointers in a DLL node so that the previous node can be accessed easily. Reversing a Doubly Linked List is fairly easy as compared to a singly linked list. All we need to do is swap the two pointers for the entire list and also swap the head and tail pointers.

A C++ code snippet for the same is given below. Alert! Do read the comments for better understanding.

Like the two sides of a coin, every data structure has its own pros and cons. Disadvantages of DLL include the following

A linked list is a data structure in which several nodes are interconnected with the last node connected to NULL. These nodes are not located at contiguous memory locations but are rather located in different places in the memory. It does away with the limitations of arrays where the array wasn’t able to show dynamism.

What are the applications of a doubly linked list?

It is used to work with data where front and back data navigation is required, implement undo-redo features, construct most recently used and least recently used cache and construct different data structures such as hash tables, stacks etc. and is used to maintain thread scheduler in operating systems.

A doubly linked list is a special linked list data structure where each note is connected to both the node after it and the node before it.

What are the advantages and disadvantages of a doubly linked list? 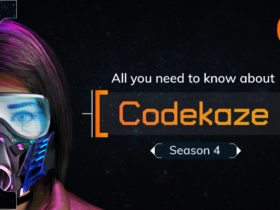