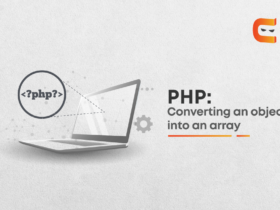 How to convert an object to an array in PHP?

A Linked Lists is a linear data structure that consists of a group of nodes. Unlike an array, it has elements that are stored in random memory locations.

The array contains the following limitations:

There are three types of Linked Lists:

Here we are implementing a Singly Linked List for the sake of understanding.

Recommendation article: Finding the Middle Node of a Linked List