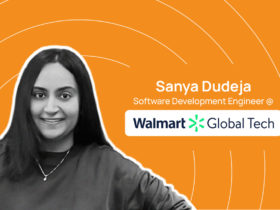 While a career in technology is in high demand, we have the major hotspots in India that have not only become the IT hub but observes a high volume of developer hiring.

Software developer develops computer applications that allow users to perform specific tasks on computers or other devices. They may also develop or customise existing systems that run devices or control networks. Most of the time, software developers work in an office.

A bachelor’s degree in software engineering, computer science, information technology, or other relevant majors is often required. They are required to have relevant job experience.

According to a recent survey conducted by LinkedIn India, Bangalore pays the highest salaries in the technology sector. It also reveals that the IT sector has beaten those of technology in terms of compensation. The average weighted salary in Bangalore is approximately INR12 lakh per annum, followed by Mumbai at Delhi at INR 9 lakh each.

Software developers work closely with systems engineers and computer programmers. They usually work directly with users and various computer-related vendors and have excellent oral and written communication skills. They must keep themselves up to date with various new technological changes, either in software or hardware.

Tholons 2016 Top 100 Outsourcing Destinations ranked Bangalore, India as the number one destination to hire software developers/programmers. The city is popularly known for its low-cost developer rates. According to PayScale, an average software engineer in Bangalore gets paid INR 799.50 per hour. That’s USD 11 per hour, which is quite affordable for businesses, especially early-stage startups.

Bangalore boasts of its large pool of software engineers. It’s estimated that around 175,000 developers out of 500,000 software engineers in India can be found in Bangalore. Being the Silicon Valley of India, the state continues to be the hotspot and top the list. It houses the biggest Indian IT giants like Infosys, TCS, HCL, Tech Mahindra.

Not just that, it has offices of some of the leading IT companies across the world like Dell, HP, Accenture, Cognizant, Apple, Intel, Capgemini and many more.

The city recorded the fastest growth rate (11%) in IT exports signifying its growing value internationally. just like Bangalore, Pune is growing to become a leading startup hub in India with over 2000 startups already present in the city.

This number has increased by more than 80% in just two years. It is home to the biggest IT park of India, Rajiv Gandhi IT Park at Hinjewadi along with numerous others such as EON Free Zone, Magarpatta, Hinjewadi, Aundh IT park, Commerzone and Business Bay. Pune has emerged as the most preferred city by senior tech professionals. And it is not just because of the IT infrastructure.

According to the Catenon report, Hyderabad was one of the top two choices for more than 50% of the senior tech professionals, especially those who were planning to migrate to a new city. It has become a viable option of techies, mostly located in Bangalore, to move to Hyderabad. Big players like Amazon, Google and Facebook are situated in the city making it one of the most important hotspot.

Being the financial capital of India, Mumbai continues to be home to a majority of big players across industries luring some of the best tech talents in India. Over the last few years, the city has also emerged as the third-largest startup hub, as it continues to grab attention from investors in India and neighbouring markets.

However, the commute time, quality of life and infrastructure struggles, does not make it an immediate place of choice for tech professionals not belonging to Mumbai.

To read about how you can make a difference in a programming interview with the help of Coding Ninjas, click here.