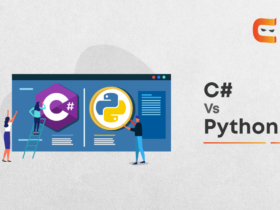 C# Vs Python: Know the difference!

This article gives you brief insights on Twitter bots, automation tools, and their features with Python to take your interest to a new level.

A Twitterbot is a program that integrates with the Twitter platform and automatically posts, retweets, likes or follows other users. Twitterbots can be useful via providing intriguing information and updates, that are fun or humorous.

You can use a local computer to establish and run a Twitterbot. To keep it running consistently running, a Python programming environment on a server can be ideal for this project. To keep the operations in full swing, you should have a Twitter account that is associated with a valid phone number that should be added via the Mobile section of your settings when you’re logged in.

To create a Twitter app you will have to install the Python Tweepy library, have your Consumer Key, Consumer Secret, Access Token, and Access Token Secret in hand before you proceed further.

It is an open-source Python package that gives you a very convenient way to access the Twitter API with Python. It features a set of classes and methods that represent Twitter’s models, API endpoints that transparently handles various implementation details which includes the following:

The key reason to use Tweepy is avoiding to deal with low-level details having to do with HTTP requests, data serialisation, authentication and rate limits which is not only time consuming and prone to error. Because of Tweepy, you can focus on the functionality that you plan to build as all the functionality provided by Twitter API can be used through Tweepy.

Tweepy provides a way to invoke the HTTP endpoints without dealing with low-level details. The Twitter API uses OAuth, a widely used open authorisation protocol, to authenticate all the requests. Before making any call to the Twitter API, you need to create and configure your authentication credentials.

This gives developers access to most of Twitter’s functionality and the API can be used to read and write information related to Twitter entities such as tweets, users and trends.

The API exposes dozens of HTTP endpoints which includes the following:

Twitterbot API is used to build dynamic automation such as bots, analytics, and other tools. Twitter imposes certain restrictions and policies about what you can and cannot build using its API which is practised to guarantee users a good experience in which the development of tools to spam, mislead users and so on is forbidden.

The Twitterbot API also imposes rate limits about how frequently you’re allowed to invoke API methods in which exceeding these limits can result in waiting between five and 15 minutes to be able to use the API again. This should be considered while designing and implementing bots to avoid unnecessary waits.

Other Functionalities to Include in a Python TwitterBot

Tweepy’s functionality can be divided into the following groups:

Programming a Twitterbot is a fun side project. You can build a robust Twitterbot as part of your fleet of social media marketing solutions which can provide valuable customer service when a human isn’t active. It can be further utilized to curate a list of Twitter accounts that align perfectly with your business – increasing your brand awareness. For smarter bots with multi-purposes, however, it’s worth looking into bot platforms software.

However, you decide to program your Twitter bot, be sure to follow the above steps closely and experiment with different actions. Twitter bots aren’t the only bots taking social media by storm. Check out our complete guide on Facebook chatbots and the ways businesses are leveraging them to automate marketing, customer service, and even sales.

According to bumped.in, the best Twitter bots and automation tools includes:

Can you make bots with Python?

Yes, Python is an interesting language which is used to program bots for different applications such as Twitter, Reddit, Discord etc and even for web and mobile applications.

How do I make a twitter bot for Python?

To make a Twitter bot you can use Python and its open source package Tweepy that handles the Twitter API with ease.

Learn more about the Courses at Coding Ninjas and make interesting projects like this.

To read about the the interesting projects in Machine Learning, click here.