Before we move to the interview questions, let’s revise our understanding of ReactJS. It is a JavaScript library used in web development to build interactive elements on websites.

What are the major advantages of using ReactJS?

Below are some advantages of using ReactJS.

What is the difference between React Native and React?

React is a JavaScript library, supporting both front end web and being run on the server, for building user interfaces and web applications. On the other hand, React Native is a mobile framework that compiles to native app components, allowing us to build native mobile applications (iOS, Android, and Windows) in JavaScript that allows us to use ReactJS to build our components, and implements ReactJS under the hood.

With React Native it is possible to mimic the behaviour of the native app in JavaScript and at the end, we will get platform-specific code as the output. We may even mix the native code with the JavaScript if we need to optimise our application further.

What is Redux Thunk used for?

Redux thunk is middleware that allows us to write action creators to return a function instead of an action. The thunk can then be used to delay the dispatch of action if a certain condition is met. This allows us to handle the asynchronous dispatching of actions. The inner function receives the store methods dispatch and getState as parameters.

Explain the components of Redux.

Redux is composed of the following components:

We only have a single store in a Redux application, when you want to split your data handling logic, we’ll use reducer composition instead of many stores.

Can you state the difference between state and props?

The state is a data structure that begins with a default value when a Component mounts. It can be mutated across time, majorly as an outcome of user events. Props or Properties are a Component’s configuration that demonstrates the communication between the components.

They are received from the above component and immutable as far as the Component receiving them is concerned. A Component cannot change its props, but it is responsible for putting together the props of its child Components. There is also the case that we can have default props so that props are set even if a parent component doesn’t pass props down.

What is a higher-order component?

Create-react-app is the official CLI (Command Line Interface) for React to design React apps with no build configuration. You don’t have to install or configure tools like Webpack or Babel as they are preconfigured and hidden to focus on the code. It can be easily installed just like any other node modules.

It includes everything we need to build a React app:

How Virtual-DOM is more efficient than Dirty checking?

In React, each of their components has an observable state. Essentially, React comprehends the timings to re-render the scene as it can observe the data changes. On the contrary, Dirty checking is slower than observables because we must poll the data at a regular interval and check all of the values in the data structure recursively.

By comparison, setting a value on the state will signal to a listener that some state has changed, so React can simply listen for change events on the state and queue up re-rendering.

We aim to re-render the virtual tree only when the state changes. So using an observable to check if the state has changed is an efficient way to prevent unnecessary re-renders, which would cause lots of unnecessary tree diffs. If nothing has changed, we do nothing.

Flux is a general pattern for enforcing data flow through an application. There exist many implementations from which to choose from. There are nuances between each implementation, as well as specific pros and cons to consider. The candidate should provide examples of real-world experience using Flux.

Interviewing a React developer involves much more than just testing for React knowledge. You should also be well versed with questions about JavaScript and other nuances more closely related to the project. 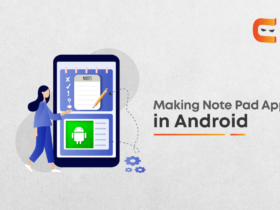 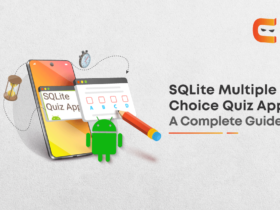