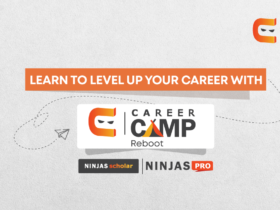 Google is a massive internal user of Flutter as its widgets are customisable and can be updated by anyone to create user interfaces that interact smoothly in the app.

Flutter is an open-source Software Development Kit (SDK) designed by Google to build mobile applications for Android, iOS, and Google Fuchsia. The Flutter SDK makes it easy for developers to create user interfaces that interact smoothly in the app while reducing the amount of code required to synchronise and update the application’s view.

Performance: Flutter has a superior performance because firstly, is uses Dart, which compiles into native code. Secondly, it has its widgets. Therefore, the developer can opt-out the OEM access, resulting in less communication between the application and the platform.

Development: This SDK has gained quite a momentum among mobile developers because of hot reload which allows to instantly view the changes applied to the code on emulators, simulators and hardware. With this facility, the changed code is reloaded in less than a second and while the app is running the developers don’t need to waste time on restarting it.

This procedure helps in building faster UIs, new features and fixing bugs. In case of an app encountering an error, it is feasible to fix it and then continue using the app.

Compatibility: Since Flutter comes with its widgets that result in fewer compatibility issues, developers will observe fewer issues on different Operating System (OS) versions and can spend less time on testing the app on older OS versions.

Once a new version of Android or iOS comes out, Flutter widgets will have to be updated (since the tool doesn’t use the native platform widgets).

Open-Source: Being an open-source technology surrounded by an active community of developers providing support, contribute to the tool’s extensive documentation and develop helpful resources. Both Dart and Flutter are free to use, making it irresistible for the developers.

Native Experience: Flutter enables the developers to use their existing code Java, Obj-C and Swift to gain the key to native features which are platform-specific. Two prominent features that are connected with the use of native languages are Camera and Geolocation.

They offer you the convenience of working in the native language and it provides access to the native features of both iOS and Android platforms.

What are widgets in Flutter?

Widgets are high-level objects used to describe any part of an application. It can be but is not limited to UI elements such as buttons; layout (alignment, padding, data (a theme, configurations) and more. Widgets can be everything. In flutter, almost everything you’ll code will be inside a Widget.

The main purpose of having a widget in Flutter is to combine different widgets with which the developers can build the entire UI. Each of these widgets defines a structural element (like a button or menu), a stylistic element (a font or colour scheme), a layout aspect (like padding) and many others.

Flutter also provides developers with reactive-style views. To avoid performance complexities deriving from using a compiled programming language to serve as the JavaScript bridge, Flutter uses Dart. It compiles Dart ahead of time (AOT) into the native code for multiple platforms.

Today, Flutter is the only mobile SDK that offers reactive views without the need for a JavaScript bridge. Because of which many mobile developers have been trying it extensively in their projects.

Flutter is extensively used by these tech bigwigs from across the globe which includes Appinventiv, The NineHertz, Concetto Labs, Brainmobi, Tallium Inc., Bacancy Technology and many more.

Learn more about the concepts and up-skill yourself to design best applications with Android Development course at Coding Ninjas.

Read more about app development with Kotlin by clicking here.