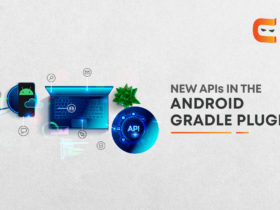 Android is not only the modified version of Linux Kernel and other open-source software but technology on which a large number of people depend worldwide.

Picking a great craze among the community, students are developing a keen interest to study. If you are pursuing a career in Android development, then these are the Interview Questions that should be a part of your bucket list.

It has been over 10 years of Android OS in the market and the language has not only upgraded over a course of time but has shown significant variants with dynamic features. The upgrades are as follows.

What are the important core components of Android?

The core components of Android operating systems include the following:

Define Activity and which method is implemented by all subclasses of an Activity?

An activity represents the screen representation of an application in it which serves as the primary entry point for the user interaction. Each activity has a structured layout in which you UI can be stationed wherein an application can have multiple activities.

Below are the two methods in which all the subclasses of Activity will implement:

Can you elaborate on the lifecycle of Activity?

In this, the user paves its way between multiple screens or apps which is called undergoing different states in their lifecycle. The activity of the lifecycle consists of seven different methods of android.app. Activity as mentioned below:

The difference between the three includes the following:

It is a toolset that offers the API libraries and tools required to build, test and debug to a developer for Android in Windows, Mac or Linux. The tools placed in Android SDk includes:

Which are the dialog boxes supported by the platform?

It typically supports four types of dialog boxes which include:

What are the advantages of Android?

List the three key loops when monitoring an activity

The different types of storage methods in it includes:

What database is used in Android and how does it differ from client-server database management systems?

It uses SQLite which is the open-source relational database. The engine in SQLite is server less, transactional and self-contained. The SQLite engine is integrally linked with the application instead of the traditional client-server relationship of most database management systems.

The library can also be called dynamically and makes use of simple function calls that reduce latency in database access.

To get enrolled in our Android Development course, click here.

What is an Android Runtime?

Android Runtime can be described as follows:

Android-based devices have built-in sensors in them, which measure certain parameters such as motion, orientation and more. The sensors help in the monitoring of positioning and movement of the device through their high accuracy and can be both software and hardware-based in nature.

The three prominent categories of sensors in its devices are:

Do all mobile phones support the latest Android operating system?

This question is generally asked to play a trick on the candidate. However, we suggest you answer this question on the basis of your knowledge and research. Because of some Android-powered phone enables you to upgrade to the higher Android operating system version. However, not all upgrades would allow you to get the latest version.

What is the significance of Android Interface Definition Language?

The Android Interface Definition Language, popularly known as AIDL facilitates the communication between the client and service. Data is often relayed between processes, for carrying out these transmissions,  the data is split into small portions which can be easily recognised by the Android platform.

What do you mean by a Context?

A Context in Android, as its name indicates, refers to the context of the current state of your application or object. The context comes with a wide range of services including giving access to databases and preferences, resolving resources and many more. There are two types of context:

Activity Context: This context comes with the lifecycle of an activity. It should be used only when you are passing the context with respect to the scope of an activity or you require any context whose lifecycle is attached to the current context.

Application Context: This context also comes with the lifecycle of an application. The application context is used whenever you require a context whose lifecycle is distinct from the current context or at instances, when you need to pass a context beyond the scope of any activity.

How can you detect memory leaks in an application running on the Android platform?

How to troubleshoot an application which crashes frequently?

If any Android application is crashing frequently, check the following aspects:

What do you need to set up permissions in Android application development?

To maintain security and restrict plagiarism, the code is not made accessible to anyone, there are some restrictions imposed. The main objective is to avoid code compromise and defect leakage. Once you set the permissions, the code becomes accessible only to a handful of authorised users.

What does the term ANR in Android signify?

The term ANR is the abbreviation for Application Not Responding. Each time the application stops responding to the user’s action for a considerable time period, it is displayed as a notification by the Android OS.

What are the necessary components for creating a new Android Project?

For creating a new Android project, the below-mentioned components are required:

Which are the main components of the Android Architecture?

The Android architecture consists of four main components. These are:

What are the different states in an activity?

There are four different states in an activity.

What are the questions asked in an Android interview?

You can check out the blog once again to understand what kind of questions are asked. In a nutshell, they’re essentially to test your problem solving and development skills.

Is Android developer a good career in 2021?

Most of the mobile devices use Android as their operating system and hence, the demand of skilled Android engineers are only increasing.

What skills do Android developers need?

An Android developer needs a stronghold over a programming language such as Java. He should also know his way around Android SDK and Android Studio. In addition to this, he should know how databases function with the application, how to make it secure and how to improvise the design.

What every Android developer should know?

An android developer should know Java, the programming language for android, understand XML, APIs and databases.

It depends largely on the capability and technical features of the phone, whether it can support the newer features available under the latest Android version.

Android Development is very easy to learn a skill, yet it promises a fruitful career opportunity. The average salary of an Android Developer in India is approximately Rs 8,00,000. The amount depends on several other factors including experience, location, job role, and skill set of the developer.

For getting a job as an Android Developer, make sure that you mention all the projects and skills you have worked on in your resume. Getting a job through an internship is also a good approach, as you will already be familiar with the working paradigm of the company. For the core Android part, you need to answer some theoretical questions, we have already covered most of them for you, so that you can easily get your job as Android Developer.

If you liked reading this article, then read more about Android here. 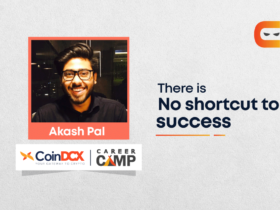 Gift Yourself A Coding Bootcamp With Coding Ninjas 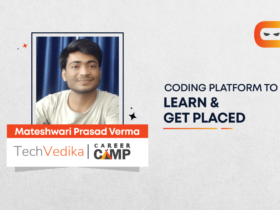 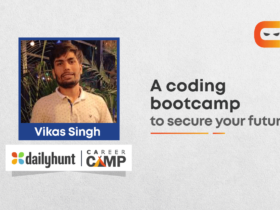 A One-Stop Coding Bootcamp For Your Learning And Placement Needs