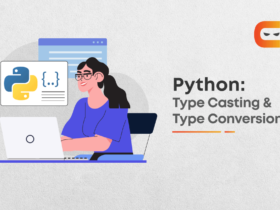 Looking for the best Python framework for your next project? Here, we’ve curated the top frameworks in the market, ranging from Full-Stack to micro to asynchronous.

Full-Stack, Django, Tornado, Asynchronous Frameworks: if you’re a programmer, these aren’t the only buzz words you’ve heard in the world of Python programming. With a new framework coming up every few days, it can be tough to keep up and remain abreast of knowing which one’s the hottest.

So, here are a few that we think might suit your requirements. We’ve highlighted their best features and we’ve taken the liberty to give you a refresher on the three different types of frameworks.

A full stack framework is comprised of a multitude of services, including back-end, databases, a front-end user interface, the whole works.

Great for building minimalistic applications, microframeworks comprise of a small, simple core that can be plugged in and extended with the help of small chunks of code, such as packages, modules, libraries and more.

Asynchronous frameworks allow for parallel programming where the primary application continues working as it is while other threads continue to develop and run simultaneously. The primary thread is not disturbed at any point and is only notified upon successful completion or failure of the other worker threads.

Which Python framework should you look at in 2020?

Once you’ve decided the requirement of your application, the next step is to choose the ideal framework to develop it. Here, the following list of hand-picked Python frameworks ranging from micro-frameworks to those that can be scaled to become Full-Stack.

AIOHTTP introduces the asynchronous framework or asyncio, which is a model for running and managing several programmes parallelly. It supports client and HTTP servers, server WebSockets and Client WebSockets.

This lightweight micro-framework implements WSGI and is simple to use and fast in delivery. It is distributed as a single file module and has no dependency other than the Python Standard Library.

CherryPy allows developers to build projects the same way they would build any object-oriented programme. This kind of design results in code that is compact and easier to read. It is highly customisable and comes packed with numerous built-in tools.

As a semantic web application framework, CubicWeb focuses on the concept of reusing. Components, also known as cubes, are used to develop web applications, again centring on the principles of Object-Oriented Programming.

Quoted as the best framework for building apps that have custom user interfaces, you can use Dash to wrap your Python code with a customised user interface in only a matter of hours. Apps developed with Dash are rendered in browsers, so once you’ve deployed your app to the server, you only need the URL to share it.

Django works on the principle of less code and fast development. Voted as the speediest, most secure and exceedingly scalable Python framework, Django encourages clean code and pragmatic web designing. It takes care of the minor but time-consuming issues of web development, thereby allowing programmers to focus on their creativity.

As an API framework, Falcon focuses on agility and robustness when it comes to building app backends and micro-services. It comes bundled with a lot of templates, packages and add-ons, thereby supporting application development based on the REST architectural style.

The goal of Flask is to get application development started quickly and easily and later allowing for expansions and extensions to scale tiny applications to become larger, more complex ones. Flask is another example of adherence to naming conventions inspired by fluid containers.

Giotto focuses on functional styles and generic models with pluggable controllers. It encourages the development of applications by using very brief code, allows multiple pluggable controller modules that allow programmers to create applications on web or command line. Its MVC framework means that developers can perform functions parallelly and effectively.

This framework has been built on top of asyncio, which is a library that allows for concurrent code that can be written by using the asynchronous syntax. It must be installed manually and has not been fully tested. Interested in fun fact? If you’re a beer lover, you’ll be familiar with the term growler, which is a small bottle used for carrying beer.

Hug stands for Hopefully Useful Guide. Other than the fun name, this framework is dedicated to making API development fun! It is a micro-framework, which means it has been made up of as little code and as few integrations as possible. This makes it really simple for API implementation.

The virtue of Morepath lies in its flexibility. It allows for other frameworks to be added on top of it and therefore, never gets buried or hidden under heaps of other frameworks. Extensions of Morepath look like Morepath itself, so the whole bunch of code looks very clean and not intimidating at all.

A micro-framework popular for building JSON-based APIs, Pycnic is a small but powerful framework that can hold its own space in a market teeming with Python frameworks. It might be focused on API development, but this just makes it fast and reliable. Some of its salient features are built-in error handling and cookie support.

Pylons uses Python packages that have been well used and tested, thereby allowing for the development of efficient and extensible application design. It works on the concept of component-based minimalism that makes it easy for developers to start with and expand on. Packed with tons of templates, you can already dive in and begin building your application.

Pyramid is aimed at making programmers feel comfortable with building web applications. The whole goal is to begin small scale to big. And also remain finished. It’s especially great for those who are only just starting out and beginning their journey in web development. As you move forward in your project, you learn how to make complex features easy to develop.

A relatively new framework, Sanic is another asynchronous framework designed to build dynamic applications that work at the speed of light. It is easy to use and simple to implement. Looking for trivia? It has been named a super famous Internet meme that was inspired by Sonic the Hedgehog.

As a scalable web application framework, Tornado is made up of four parts: a web framework, a coroutine library, an asynchronous library and client and server-side implementations of HTTP. It can scale to several thousand open connections, thereby making it an ideal option for building applications that require long term connections with all end users.

A micro-framework that has the ability to scale to Full-Stack solutions, TurboGears supports several data-exchange formats. It has been designed focusing on solving complex problems by using simpler solutions. Bundled with designer-friendly templates, TurboGears is popular for building database-backed web pages.

Web2Py was designed by professors and Computer Science professionals. It’s recommended for its backward compatibility and its ease-of-use. You needn’t install it or configure it. Just download it and you’re good to go. It also allows for good coding practices to make code easy to read, scale and maintain.

If you want to learn more about Python, its IDEs and Code Editors, click here.