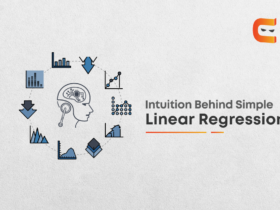 The article gives you a walk-through of the in-demand Data Science interview questions followed by their in-depth answers to help you understand the concepts.

Data Science is one of the most demanded careers in technological space. Pursuing a career in data science can not only be promising but can guarantee a secured future and professional growth. But to secure a job with a bigwig, studying the course is not sufficient as it requires constant practice and exposure.

We have some interesting questions and answers curated for you that are often asked during the Data Science technical interview rounds at the bigwigs.

What is the difference between supervised and unsupervised in Machine Learning?

Supervised learning is the study to train the machine with the help of data that is appropriately labelled. In this, a supervised learning algorithm reads from the labelled training data and helps you forecast the outcomes for unforeseen data.

On the other hand, Unsupervised learning is an ML technique in which the supervision of the model is not necessary. However, the model has to detect the information independently while dealing with the unlabelled data. They allow you to implement complex processing tasks, unlike supervised learning.

What is bias, variance trade-off?

Bias: This is an error identified in your model due to the simplification of your machine learning algorithm that can often lead to underfitting. While training your model, it makes simplistic assumptions to make the assigned target easy to comprehend.

Variance: This is introduced to your model due to the complex machine learning algorithm that often leads to making your model learns noise from the training data set and performs inadequately on bad data set which results in high sensitivity and overfitting.

Low bias and low variance can only be achieved by good prediction performance with the help of any supervised machine learning algorithm.

K-nearest neighbour’s algorithm has low bias and high variance. However, the trade-off can be revamped by escalating the value of k which escalates the number of neighbours that contribute to the forecast and in return increases the bias of the model.

Now, the support vector machine algorithm features low bias and high variance. However, the trade-off can be reversed by scaling-up the C parameter that influences the number of violations of the margin allowed in the training data that escalates the bias but reduces the variance.

What is exploding gradients?

To understand what is exploding gradients, you need to understand a gradient first. A gradient is basically a direction and magnitude that is calculated during the training of a neural network that can be used to modify the network weights in the correct direction with an adequate amount.

Exploding gradients are a problem where large error gradients gather resulting in humongous updates to neural network model weights during training. As an extreme, the values of weights can become so large that they can overflow and result in NaN values.

What is the difference between long and wide format data?

In the wide-format, a subject’s repeated responses can be in a single row with each response being in a separate column. In the long format, each row is a maiden point per subject which can recognise data in a wide format as the columns generally represent groups.

Explain how a ROC curve works?

The SVM stands for Support Vector Machine which is a supervised ML algorithm that can be utilised for classification and regression challenges. In an SVM algorithm, the plotting of data items usually happens as a point in n-dimensional space against the value of the feature as a particular coordinate.

The SVM uses hyperplanes to segregate different classes on the basis of the provided kernel function. The beneficial part of the SVM is that the data is linearly separable due to the unique global minimum value.

What are the support vectors in SVM?

The diagram demonstrates that the thinner lines mark the space from the classifier to the nearest data points called the support vectors also known as darkened data points. The distance between these two thin lines is called the margin.

What are the different kernels in SVM?

There are four types of kernels in SVM that are as follows:

How will you define the number of clusters in a clustering algorithm?

Even if the Clustering Algorithm is not identified, this question is primarily asked with reference to K-meanings clustering in which K is defined as the number of clusters.

The Sum of squares is used to demonstrate and explain the homogeneity within a cluster. Plotting WSS for a range of clusters can result (as shown in Elbow Curve graph below).

The Red circled point in the above graph that is Number of Cluster=6 is the point after which you can’t see any decrement in WSS. This point is termed as bending point and taken as K in K — Means. This approach is widely used. However, few data scientists also use Hierarchical clustering to create dendrograms and identify the distinct groups.

What is deep learning?

What is the difference between machine learning and deep learning?

Machine learning is a study of computer algorithms based on mathematical module data which enables the system to learn without being programmed and improves and intensifies over a period of time. Machine learning can be categorised in the following categories:

Deep Learning: It is the subset of machine learning that focuses on algorithms by the structure and function of the brain called artificial neural networks.

In pursuit of a bright career, students often miss out on preparing for questions that are well-researched, dynamic and have multi-approach to solving a problem. Through the information above, we hope we have demystified some of your queries. 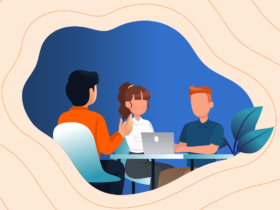