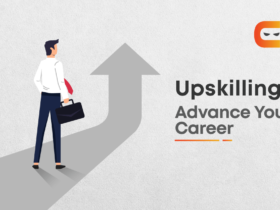 Upskilling: The Proven Way to Advance Your Career

Angular has quickly gained popularity as one of the most loved platforms by business owners and developers alike and rightfully so, there are several IDEs developed especially to suit developers’ requirements. In this article, we have rounded up the best Angular IDEs and highlighted the most prominent features for all the IDEs. The list is not ordered, which is to say that we don’t have a favorite!

Angular, which is a JavaScript framework, was brought to the world by Google in 2009. It is preferred by developers for its ability to combine HTML and CSS with JavaScript and also allows integration with external libraries.

Angular is now quickly becoming the most preferred platform for website building and application development. This is why the market is teeming with tools and IDEs designed especially to make development easier. IDEs or Integrated Development Environments, are nothing but programs developed to assist developers. They are there to help developers become more creative while optimizing the development process.

And who says development has to be the same for everyone. Think of development like art, thereby implying that IDEs are canvases that boost the artist’s morale and make more room for creativity. Since every developer has their own set of needs and preferences, we have curated a list of IDEs that are well-used and well-loved by the developer community.

This IDE uses a pleasing-to-the-eyes UI to help make coding more enjoyable. It comes bundled with autocomplete for HTML elements, TypeScript expressions, and most code throughout your project. This tool definitely makes life easier by validating code and highlighting errors in real-time.
While it doesn’t come free, it does come with a 45-day free trial and is also available as an Eclipse plugin. In addition to code color highlighting which is syntax-specific, Angular IDE is peppered with handy features such as detecting incorrectly defined element tags, bracket matching, and many more.

Preferred by businesses, WebStorm goes by the mantra of keeping it easy. It is simple to use and automates routine tasks, which allows developers to have more time to code. By reducing the resources spent on development and maintenance, WebStorm enables businesses to maintain regular release cycles and improve the quality of the deliverables. Other than intelligent code completion, WebStorm also integrates code quality tools such as JSLint, JSHint, and ESLint by default. Other linting tools can be integrated with the help of plugins. Another advantage of WebStorm is its built-in web server which allows easy previews of code changes.

The best part about the tool is that it releases new features every month, so, you always have something to look forward to having controls that can make building applications easier and more exciting.

Dubbed as the best code editor ever, Sublime Text is lightweight, stable, and works at lightning speed. One of the most highlighted features of Sublime Text is its ability to handle large files without running into problems. Its performance is top-notch, especially when powered with its ability to search regular expressions as well as case-sensitive characters.

It includes the support for multiple cursors which allows simultaneous editing and presents a minimap that shows exactly how large your file is. You can navigate to a certain location in the minimap without having to scroll through pages and pages of code.

This open-source, cross-platform IDE from Adobe is creating the right buzz in standing out from all the other tools available in the market. It is available for Linux, Mac, and Windows and is free for anyone who wants to use it. It allows quick editing and lives previews, which are handy features to have in any application development tool. It supports code-highlighting for Python, C++, Pearl, and many other languages.

The Atom IDE is ideal for those who have just begun their venture into the vast universe of web development. It’s easy, intuitive, and offers great support for customisation. It’s a simple, no-hassle text editor that comes with autocorrect which is a great tool to have for coders. The ability to customize atom spans from simple modifications like different colors for the background and cursor to more complex things such as changing the shortcuts to most built-in commands. Thanks to the modular format of its source code, you can tweak and change Atom to suit your comfort.

Aptana Studio features a fully equipped IDE that is preferred for building websites as well as applications. This full-featured IDE is based on Eclipse, an open-source IDE that has been the go-to for Java developers for a long time. The Aptana Studio IDE can be used in optimizations for Java, HTML, PHP, and CSS and also features a ton of plugins that enable extensions for a multitude of third-party applications. Designed to assist senior developers, Aptana Studio supports modern and elegant web development techniques. It continues to maintain its focus on the development of AJAX applications but offers excellent support for all kinds of application development.

Also known to belong to Generation Next, ALM is an IDE that has been developed especially for TypeScript. It’s has proven itself to be a spectacular hit for JavaScript developers who prefer using simple TypeScript syntax to code their projects before compiling them to the standard JavaScript language.
This cloud-based IDE can be installed very easily by simply using a single NPM command. It is lightweight and super easy to use and comes bundled with tons of features such as live file and live project linting, a built-in AST viewer, multi-monitor support, automatic builds and compilations, and many more.

Which IDE is best for AngularJS?

Angular IDE, Visual Studio Code, WebStorm and Atom are four of the best IDEs for AngularJS.

Is IntelliJ good for angular?

Yes. IntelliJ offers all the tools for the development process – building a web application using Angular and then caters to its testing and debugging phases as well.

What IDE do developers use?

Developers use a number of IDEs like Visual Studio Code, Atom, PyCharm, WebStorm etc. for their development needs.

What is an NPM installer?

An NPM installer is a package used to develop and install modules for node to find and interact with.

Can I use IntelliJ for JavaScript?

Yes, absolutely. IntelliJ provides support for not only javascript but node.js as well.

While it’s true that there are tons of IDEs available in the market, it isn’t too difficult to choose one. It all depends on the project requirements and your personal preferences. Most of them share very similar features, but each one holds its own importance when it comes to that extra oomph and sophistication.

We cannot choose an IDE that will be the best suited for you and your project requirements. However, with this list, we do hope we have been able to present you with an assortment and have enriched your knowledge by highlighting each with its own set of benefits. The IDE you use for your development needs is going to be based purely on your preferences, so, we suggest you select a couple, take them out for a spin and then tell us which one you like the best.