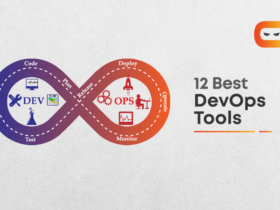 12 Best DevOps Tools To Get Acquainted With

Whether it is cars, banks, or home appliances, every aspect of our lives depends on codes. The programming languages and coding have made life simpler for all of us. Be it any leading tech giant, the core competencies which they look for in a candidate is the knowledge of specific programming language. The concepts involving data analytics, UX research, web designing, cloud computing etc are an asset today because these complement the technologies of tomorrow.

Here are some of the recommended programming languages for coders who want to make it big in 2020.

Best Programming Languages To Learn in 2020

Most people who intend to focus on server-side programming often choose Python due to its libraries that make it useful in writing scripts and plug-ins. Here are some of the key features associated with Python:

The likes of Instagram, Google and Netflix are picking up Python to develop cross-platform solutions. Many more implementations would be seen in 2020 which is an advantage for the Python developers.

As per research, it is found that more than half the developer’s program using JavaScript. JavaScript plays a key role in the front-end as well as the backend aspect of web development for creating interactive web pages. JavaScript is in high demand because of the following reasons:

Did you know the popular code editor ‘VS Code’ is built using JavaScript? There is an abundance of jobs available for JavaScript Developers. JS is rapidly gaining popularity in the game development sector and Internet of Things (IoT) which holds great potential in the year 2020.

Kotlin is emerging as an alternative to Java for Android Development and is supported and promoted by Google. Therefore, the developers are picking up Kotlin seeing it’s increasing popularity. Some of the notable features of Kotlin are:

In the year 2020, Kotlin is going to emerge as a programming environment for Android development due to its clean and short syntax.

R was designed at the University of Auckland by Robert Gentleman and Ross Ihaka. R is often used in fields such as data mining and machine learning to develop various projects. Here are some of the important features of R:

R has been adopted by various enterprises at present. If you are willing to join the ‘Analytics’ team of a huge organization, you should definitely learn R.

Swift is used for developing  IOS applications. Apple has a significant market share in the present market. If you want to be a part of the iOS applications developer community, you must learn Swift seriously.

It has replaced the Objective-C which was earlier used to develop iOS apps. It has become an immediate hit in terms of performance and usability if compared with the previously offered languages. To learn more about programming, click here.

The above-mentioned programming languages are likely to emerge in 2020, observing the latest trends. Every major company is going to hire big for developers that are good with these languages.

Your programming journey might not be a cakewalk but with practical knowledge of any of these languages, your career growth is certain in the year 2020. All the best for your programming career!

Willing to learn programming in 2020? Feel free to check out our courses at CodingNinjas.