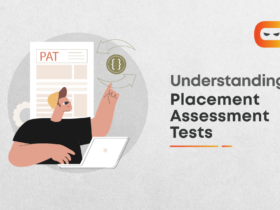 What Are Placement Assessment Tests and How Are They Beneficial?

There are always some kinds of changes happening in the world of programming language. Either a new language is introduced or a new language gains a lot of prominences and beats over the dominant one. There is always a push and pull — a power struggle. Eventually, this struggle defines the trend of the year. This time around, the trend will change from 2018. These are some of the programming trends that might conquer 2019:

Python has been among the top 5 programming languages for quite some time now. But now, the interest for Artificial Intelligence is on the rise and this, naturally translates to the increase in the demand for Python. Since, Python is quite the power multi-purpose language and quite easy to use, it is not a surprise that it is making its mark in the programming field. With Python libraries being available in machine language and statistics, it is turning out to be quite an attractive language, even better than R. Python is being used to make games, businesses, websites, etc. It might be ruling the programming market in 2019.

2. Typescript Will Become One of the Top 10 Languages

Typescript has become the third fastest growing language in the programming field. It is a strongly-typed version used in JavaScript and it has been designed for operability and security. Since it is strongly typed, you do not have to waste time and effort to define the different types of variables since they are already determined and inputted in the type interface. You can even code using TypeScript and then convert the code to JavaScript. No wonder it’s becoming popular.

Go is the 5th fastest growing language. It was introduced by Google and while syntactically, it is similar to C, overall, Go is much easier to write and read. It is also strongly typed, like the TypeScript and it can be used in back-end and front-end applications. Go code can also be transcoded into JavaScript. On top of that, Google is trying to transition their products to Go, making it much more popular too!

Kotlin has been a language popular among Android app developers. It is like Java and has interoperability with Java, it removes the null-point errors that Java is notorious for. Fast and error-free programming make Kotlin a favorite of many, and since, it’s popularity continues to rise, we might see it becoming more flexible — switching between functional to object-oriented and then, to different other platforms.

R is earning some much-deserved praise being the only language used for data analysis. It was developed by statisticians and scientists, and hence, it already has a niche market among data analysts, who prefer R over Python, especially for enhancing machine learning capabilities.

Java had held a dominant market in the programming universe. However, unlike the previous which had a common link, including the use of JavaScript, Java 8 is different. Java 8 comes with some unique attributes — it uses parallel coding for your apps and will allow you to take the functional approach while creating an app. The result — least buggy coding. So, the two things that make Java 8 so praiseworthy are scope of writing concurrent code and Lambda expressions.

7. Full-Stack Programmers Will Get A Huge Popularity

Building applications are cost-consuming, and so companies are looking for experts with both back-end and front-end technologies.They are called Full-Stack Programmers and they will have immense popularity in 2019 and beyond. They have expertise with Angular, Python, CSS, JavaScript, etc and can deal with anything thrown at them. Plus, they have experience over multiple platforms and are therefore, the full package.

Keep yourself informed and start planning about the future based on these trends. Remember, the future is always changing. You have to change your plans with it. And with that in mind, let’s tell you that Coding Ninjas offers courses on everything you’ve wanted to learn — be it coding, web development, or machine learning. Learn more about Coding Ninjas by clicking here.

To learn about how you can get remotely hired, click here.