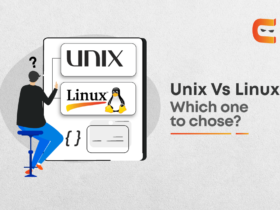 Unix Vs Linux: What’s the Difference Between It?

Programming may be easy or difficult, based on the programmer. There are several parts present in programming, and you might even excel in one of them and not excel in another. That is totally fine. But when you act as a proper developer or programmer, you have to be able to find problems in your program and engage in a debugging process. Debugging is a bit difficult. If you are dealing with a large program, then finding the error would be like searching for a needle in the haystack. But even if you do identify the problem, how do you deal with it effectively? Will your first solution be the fix too? Not necessarily.

Debugging can be a complex situation. And that’s the reason why we need to find a way out of it. We have certain principles that we need to follow to be able to troubleshoot or debug our program.

Let’s say that your program encountered an error. So, what are the steps that you are going to take?

So, now, you have identified the problem as well as reproduced a situation where a problem is present. What do you do now? This is the time when you take the ‘Scientific approach’. What is the scientific approach?

So, apply these principles of debugging and you can easily minimize the errors in your program fast and most effectively. With that, you’re now on your way to debugging any problem that comes in your code. However, if you feel stuck or would need an expert to help you through, reach out to us at Coding Ninjas — we’ve got your back.