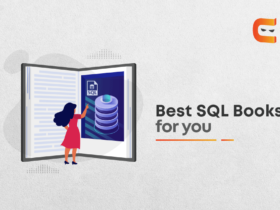 When you start learning to programme, the obvious question that crosses your mind is what languages you should choose to enter the vast arena of the big tech companies? The one thing we can guarantee you is that limiting your knowledge to a single programming language would not be the best option. The point that you want to keep in mind is that every tech company, especially if they are a large company, they would like to use every bit of technology. Not to mention there are a few languages that the firm uses primarily. If you are trying to enter in one of the biggest companies, you must focus on what the organization is prioritizing in rather than the trending languages.

But what is more important than knowing what languages to hone is knowing the foundation of programming — data structures and algorithms. After all, programming is like working with various building blocks to make something awesome. If you’re not familiar with the building blocks, it’ll be difficult for you to reach a superb end goal — despite whichever path (language) you choose. So, before you even begin reading the list of languages that major players prefer, you should hone yourself with the necessary data structures and algorithms skills. Not only will that make your journey of learning the language easy, but also extremely worthwhile.

Having said that, here is the list of programming languages the tech-giants prefer, and so should you:

Javascript: Originally, JavaScript was introduced in 1995 to make the webpage interactive with the audience. It was developed within a brief period of 10 days by the developers. Despite being developed in a concise incubation period, javascript has managed to be one of the most famous programming languages of all. When you build a webpage, the code usually starts with HTML and CSS, then comes JavaScript which is an essential part of the front end development. It is often used to build graphical interfaces for the webpage. Alongside “pure” JavaScript there are some frameworks introduced in the past few years like Angular, React, jQuery, etc. which intend to make JS even easier.

Besides the fact that Javascript is a front end development language, with the invention of Node.js it can also be used as a server-side application to build scalable networks. Also, it is considered to be the friendliest languages because of its forgiving nature (literally speaking) as its syntax is super flexible and because of its compatibility across major browsers. So, be it web’s most famous sites like facebook, amazon, youtube, and many more or the small tech companies; JS is proved to be one of the prior languages used everywhere.

Python: Python is considered to be the most versatile languages of all, and its simplicity makes it the best suit for beginners. It’s also believed to be the most straightforward one because of the readability and the resemblance to the English language. Talking about the portability of Python, the biggest platforms like windows, mac supports Python which even includes your PlayStation. You can also perform a cross-language operation with Python as it is extensible with .net and java applications. While starting the beautiful journey of programming; you should take note that Python is overwhelmingly powerful and flexible when it comes to choosing between languages. It is used as one of the backend languages for web development for instance if used with the open source framework like Django; it becomes effortless to learn Python. Popular sites like Instagram, Spotify, and Mozilla use the same structure to develop their pages.

C++: The main concern of the tech companies is to maximize their output using the software. Big firms like Google, Facebook, and Amazon as well are often described as C++ culture as it becomes essential to work with C++ when the data complexity of the company reaches a certain level. The fact that C++ has been around for more than two decades now proves that many of the existing software/ Programs have already been developed in this particular language. It does not have third-party licensing issues, memory efficient and is designed for both real-time and non-real time performances.

Java: The third language we are going to talk about is Java. Thanks to its versatility and pervasion, it is considered to be the most common language to be included in the introductory programming courses.

In the world of computer programming, Java is one of the longest backbones existing for more than a period of 20 years. The core programming languages stay on “write once, run anywhere” philosophy. This theory means that you can write Java on any device, edit it in any low-level software and then can run it in any platform that supports Java. This indicates how Java is highly cross-platform compatible.

With a comprehensive variety of use cases, Java is one of the best choices for programmers who are looking for a flexible, versatile and modular language and consequently job possibilities.

Ruby: For the developers, Ruby is one of the most fun languages to work with. What makes Ruby fun is it abstracts away the most complicated details of the programming. You can always start working from scratch and with fewer lines of code. Ruby was developed to bridge the gap between programmers and the underlying computing system. It reads like English and therefore easy to understand. The dynamic nature of Ruby makes it a preferable language by the tech companies. It has a high level of built-in data structures and works as a ‘glue’ or scripting language between existing components. The flexible nature and the low maintenance costs are a few features which let it make to the list of languages companies prefer.

Furthermore, the forgiving nature of Ruby will let you run the program until you hit the problematic area.

There is no need to panic while deciding what programming language to learn to enter the rapidly changing tech industry.

Seek the language which best interests you and the type of industry you want to get in. After discussing the languages frequently used by the tech companies, the next question which might pop up in your mind is how and where to learn these languages? The good news is we got you covered. Check out Coding Ninjas for extensive courses on programming and make yourself job-ready by registering in any of our online and offline courses.