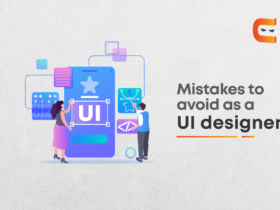 8 Beginner Mistakes To Avoid As A UI Designer

The career web developer is in demand across the world — but it’s the Node.JS developers that get the most attention. So much so that, in the list of most in-demand jobs, the number of jobs related to Node.JS has increased by around 2500% over the last few years.

According to the official Node.JS source, the number of downloads for Node.JS increased by 49% in 2018 alone. There’s no denying that the use of Node.JS in production sites has dramatically increased since its release back in 2010.

With big players like LinkedIn, PayPal, and other tech companies jumping the gun to try out Node.JS and build their platform using it, the language has seen a tremendous increase in its used in web development. It is certainly the more popular language when you compare it with other web-dev technologies.

It can be said without a doubt that for those starting out, Node.JS seems to be the most sensible way. Let’s see some more reasons as to why every web developer (and not only just freshers) should learn Node.JS:

Compared to other web development technologies, Node.js is more popular. For people looking to start their career in web development, starting with Node.js makes more sense than any other. Below are some facts about Node.js that would compel you to learn it.

Node.JS, as a language, has seen unprecedented growth in its demand. In fact, it has even overtaken Java = the most popular programming language so far.

The graph above clearly indicates that Java is slowly losing its popularity, while Node.JS is only gaining it. As a developer, you are entitled to say that the comparison between Java and Node.JS is not quite right.

However, if you look at the Stack Overflow Developers Survey that was taken in 2018, you’ll find that JavaScript is the most famous programming language, followed closely by Java. But if you compare the growth of Node.JS and Java, you’ll realize that Node.JS is a clear winner in this aspect.

2. Increase in the number of jobs in Node.js

This point literally follows the first one. If a particular technology is popular, both among developers and companies that require those developers, the number of jobs related to that technology is bound to increase by leaps and bounds.

Node.JS requires less development time, fewer number of servers, and offers an unparalleled scalability — all of which make it an ideal choice for companies looking for a solid backend to their website. Straight from the horse’s mouth, companies like LinkedIn are using it because of the significantly reduced their development time, while Netflix says that it improved their application’s loading time by approximately 70%. Other prominent names in the tech industry that use Node.js includes Medium, The New York Times, PayPal and so on. Gradually, start-ups are catching up on this trend too, incorporating Node.js as part of their technology stack.

3. JavaScript is an extensive language

The best part about Node.JS is the JS. It uses JavaScript which is the most popular and the simplest way to develop applications for the browser. You can ofcourse do it with other programming languages, but none of the offer the ease that JS does.

Compared to other languages like Python and Ruby, JavaScript proves to have better performance. Add to that the lesser room for human error, as Node.JS helps programmers avoid mental switching between a browser-side language and a server-side language.

4. Get the full stack under your control

Getting control of the full stack requires you to be comfortable with both front-end as well as back-end. Previously, in order to do so, you had to know a server-side language in addition to knowing JS. With Node.JS, however, JS can be used as the base language for all front-end as well as back-end work. Node.JS can be used with JS front-end libraries like Express.js, Angular, and more, you can start working as a Full Stack Developer.

With so many large players recruiting for the Node.JS developer position, the pay scale is also considerably better than that of other technologies. For freshers just starting out in Node.JS development, the salary can be anywhere between 6–10LPA. This entirely depends on your skill set and experience with the language.

Overall, as the demand for Node.JS keeps on growing, there’ll always be a need for a skilled Node.JS developer in some company or the other. It’s the perfect language if you’re looking to accelerate your growth in the industry.

Keeping all this in mind, let’s present to you the Node.JS course offered here at Coding Ninjas. The curriculum is designed keeping everyone in mind and the exercises provided along the way ensure that you have a solid path to walk on. Come on in!