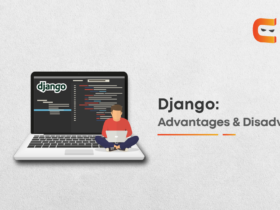 Every active Netizen has interacted with a Chatbot at some point in their life. You must have too! Ever noticed those tiny pop-up windows greeting you with a “Hello, how may I help you today?” These are chatbots that have been designed to communicate with you. You must have heard about Siri. What is Siri? She is a super intelligent chatbot (with loads of mindblowing and quirky answers up her sleeve!) Learn more about emergence of chatbots.

Are you wondering how did these smart and sophisticated chatbots come to be? We’ll break it down for you!

Chatbots — What are they?

Chatbots are essentially a software designed to communicate with humans in their natural language. And believe it or not, chatbots have been around us longer than you can imagine.

The first chatbot — ELIZA — was developed way back in 1966 by Joseph Weizenbaum. He had programmed ELIZA in a way that it could imitate the language and behaviour of a psychotherapist. The next development in the field came in 1972 with PARRY, another chatbot. These early chatbots could interact only through textual commands and responses. The first voice operated chatbot came to the scene in 1988 — Rollo Carpenter’s Jabberwacky project.

As time passed, more advanced chatbots came into being such as A.L.I.C.E and SmarterChild. Today, we have some of the most exceptional chatbots amidst us — Siri, Alexa, Watson, Cortana, and so much more!

The latest stats show that chatbots are becoming popular by the minute. According to a Forrester report, nearly 57% of firms across the globe have either already invested in chatbots or are planning to in the near future.

Companies are rapidly incorporating chatbots within their system and rightly so. Chatbots have displayed an immense potential to enhance the entire customer service scenario by leaps and bounds. While Scripted Chatbots work according to predetermined rules, AI-powered Chatbots are way smarter.

The AI-powered chatbots of today use natural language processing to understand human commands (text and voice) and learn from previous experiences. So, a chatbot first soaks in the information you provide to it and then analyzes it with the help of complex AI algorithms, and finally responds to your query with a written or spoken result. As these chatbots have the capability to ‘learn’ from behaviour and experiences, they can respond to a wide range of queries and new commands.

This ability of chatbots has made them extremely appealing to companies who have an online presence and wish to create a more enhanced customer experience.

In a research conducted by Forrester, it was found that messaging happens to be the №1 customer service channel preferred by consumers in the US, India, South Korea, and Singapore. Unlike humans, chatbots can work 24×7 and hence, they can provide round the clock assistance to customers. Chatbots can take over the mundane tasks of human employees and can perform them much better. Also, chatbots can handle several queries at once, so no more waiting in queue for a response to your query.

Using a chatbot can help companies save a ton of money that would otherwise go into paying human employees for performing the same task. According to Juniper Research, chatbots helped businesses save nearly $20 million.

But that’s not all that chatbots can do.

In May 2016, Google unveiled Allo, a smart messaging app. Allo comes with Google Assistant and can help users perform a wide range of tasks, from finding information on the Internet to making dinner reservations! Then again, many companies have started using Facebook’s Messenger bot service that allows them to create a bot in Facebook Messenger that interacts with consumers without them having to ever leave the platform to access another app or another website.

Satya Nadella, the CEO of Microsoft is quite optimistic about the future of chatbots. At the Build 2016 Conference, he stated:

“As an industry, we are on the cusp of a new frontier that pairs the power of natural human language with advanced machine intelligence.”

Judging by the rapid progress that chatbots are making in the present day, it can be safely assumed that in the near future we will get to see even more sophisticated bots (maybe even more so than Siri and Alexa!). For instance, if chatbots are collated with video service apps like YouTube, we may be able to create a new dimension of e-learning wherein the bots would function as learned instructors. With the right mix of technology, there may emerge many such groundbreaking opportunities.

Learn more about chatbots and create one with the help of the programming courses on Coding Ninjas.