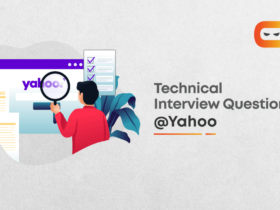 Any interview experience is often followed by jitters and nervousness. So, if you’re sitting for an Android interview, allow us to get your nervousness in control by walking you through the 10 most frequently asked Android interview questions for beginners. These Android Interview Questions will help you in building for the interviews:

Android is an open-sourced OS that enables the development of mobile applications. It is based on Linux and allows users to create and run applications on mobile with the rich high-end components it has. Android has the following main components:

These components enable the developer to create high-end applications which provide all the facilities in a single application with amazing look and feel.

2. What are the important items in an Android project and explain the importance of XML based layouts?

The most important items of any Android project are as follows:
– Androidmanifest.xml
– Build.xml
– bin/
– src/
– res/
– assets/

The two XML files are helpful in providing a consistent layout. They give developers a standard graphical definition format. Generally, all the layout details are placed in these files and other items are placed in the source files.

3. Briefly explain the files and folders that are created during Android project creation.

Src – It contains the java source code for the newly created project. The code for the application that is to be created is also written in this file. It should be made available under the name of the project.
Assets – This folder contains all the relevant information regarding HTML and text files and databases.

Take care of the following things to avoid ANR:

7. What is AIDL? What are the different data types that AIDL supports?

AIDL is short for Android Interface Definition Language. It is an interface between a client and a service that allows them to communicate using interprocess communication (IPC). It involves breaking the objects into smaller parts that allow Android to understand those objects. This happens because a process cannot access memory of other processes that are running.

Types of data supported by AIDL are:


8. How would you check for the presence of a Compass sensor on the system using the hasSystemFeature() method?

The sensor framework that forms a part of Android package has Sensor and SensorManager classes. But these classes do not provide the hasSystemFeature() method. So they cannot be used for evaluating a system’s capabilities. The PackageManager class can, in fact, be used to find out information about the application packages available on a given device. One way of checking the presence of a Compass sensor on the system is
PackageManager myCompass = getPackageManger();
If (!myCompass.hasSystemFeature(PackageManager.FEATURE_SENSOR_COMPASS))
{
// This device lacks a compass, disable the compass feature
}

While developing applications we often need to transfer data from one activity to another. This data needs to be included in a corresponding intent object. Some additional actions are also required to make the data suitable for transfer. For doing that the object should be serializable or parseable. Serializable is a standard Java interface. It is a simple approach where you simply mark a class serializable by implementing the interface and Java automatically serializes it. Reflection is used during the process and a lot of additional objects are created. This leads to a lot of garbage collection and poor performance.
Parcelable interface is a part of Android SDK where you implement the serialization yourself. Reflection is not used during this process and no garbage is created. It is faster because it is optimized for usage on android development, and shows better results.

So, that’s all the basic questions you need to know before sitting for any Android interview. If you stumbled in any of them, we recommend you check out the Android development course offered by Coding Ninjas. It’ll not only clear your basics but also help you scale beyond.