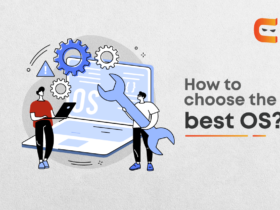 Types Of Operating Systems for Programmers In 2021

As the technology rapidly progresses towards advanced domains such as Artificial Intelligence, Machine Learning, and Deep Learning, coding keeps gaining more and more momentum. This fact is backed by statistics too. According to Glassdoor, coding skills made up eight of the top 25 jobs in America in 2016. Then again, Burning Glass found that out of the 26 million job postings in 2015, nearly seven million job openings were for the positions that require coding skills and also that jobs requiring coding skills pay more – extra $22,000/year – than jobs that don’t.

According to the 2016 report by Burning Glass, the top coding job roles are:

So, why exactly has coding become so important in the job sector today? Here are four reasons why!

Coding is no longer limited to the tech world, but it has worked its way into other parallels of the industry such as finance, business, healthcare, and so on. Today, business and institutions across the various sectors of the industry are always looking for talented coders who can simplify and smoothen the functioning of an organization and drive innovation.

Then there are the tech giants like Facebook, Google, and Apple where the demand for young and talented coders is always high. And do we even have to remind you of the fact that the professionals working for these companies are paid handsome salaries and perks?

While it is true that the rapidly spreading wave of automation is threatening a number of conventional jobs, coders have nothing to worry about. Although machines are capable of performing certain tasks independent of human control, first they need to be trained and taught to do so.

And who does that? Coders, of course. Coders bear the responsibility of creating such algorithms and code that can be fed into the machines for them to learn from experience and behavior. Thus, no matter how greatly AI evolves, someone always has to be there to show it the right way.

There Always Something New To Solve

Problem-solving, that’s what coding is essentially about. Coders create functional code and algorithms to solve myriad problems to enhance the overall efficiency and functionality of the software.

Once a particular problem is solved, it doesn’t mean that a coder can now rest – a new problem only lurks around the corner and crops up out of the blue. So, there are always going to be problems to solve. Moreover, building software is an inclusive process – different teams are involved in crafting out the various pieces that go into making software, thus, turning the process of software development into an art.

Interested to start a career in IT? check here

While the world raves about Big Data and its importance, how many of us really know how to leverage Big Data to its optimum potential?

Big Data is one complicated and intricate web of data that can only be demystified by data scientists and data analysts, after which coders take up the job of turning the extracted information into something valuable – a functional code.

With Big Data gaining more and more important by the day, the job of coding is becoming all the more relevant in the industry.

One of the best things about possessing coding skills is that you can either get into a career that requires coding or you could also morph into other jobs that do not require the skill such as an entrepreneur or a designer.

The only thing different about you will be that you’ll have an edge – coding skills – that’ll enable you to accomplish a host of tasks yourself including website building and designing, enhancing your products/services, and much more.

So, how about giving it a try?