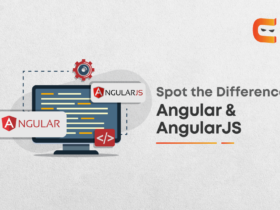 Are Angular and AngularJS the same? Every aspiring programmer is faced with one fundamental question – “Which programming language should I begin with?”

While Java – one of the most widely used programming languages in the world – is backed by a massive developer community, Ruby on Rails (RoR) is rapidly gaining traction among the developer community. But first, don’t harbor the misconception that Ruby on Rails is the same as Ruby. RoR is a software development framework specially designed to support Ruby. Essentially, RoR is an assortment of unique shortcuts written in Ruby that allow developers to build web applications much more quickly and efficiently. Websites such as Basecamp, Airbnb, Twitter, Scribd, Groupon, Kickstarter, Soundcloud, Shopify, Crunchbase, and Slideshare are all built on Ruby!

Here are ten reasons why Ruby on Rails should be your preferred choice of programming language.

RoR is an open source framework that offers perks like free licensing and free downloading of source codes. Furthermore, RoR is compatible with all operating systems and browser.

And if that’s not enough for you, RoR is backed by an enormous and active developer community. From conferences and meetups to online forums like Stack Overflow, you are sure to find RoR developers at every major tech event and hackathons you visit. So, if you are ever stuck anywhere, you could always reach out to the RoR community.

The fact that Ruby has a pretty simple syntax makes it the ideal programming language for beginners. Not only is it very logical, it also comes with an excellent readability quotient. It enables you to write codes without adding separate comments or help texts within your code. Thus, it is undoubtedly one of the most beginner-friendly programming languages one can ever come across.

RoR is a self-documenting software framework, and hence, developers belonging from any programming platform can choose a RoR project and easily understand its content. Also, the code readability of RoR is excellent. It allows web developers to concentrate on specific issues rather than altering the framework, thereby promoting speedy development solutions.

Overall, RoR increases the productivity of developers, allowing them to launch web applications way more conveniently within a short span of time.

RoR is well-integrated with tools that allow developers to modify codes of existing web apps. Whether you want to add new features or make alterations in data models, RoR makes everything easy. Furthermore, RoR framework facilitates both front and back-end development. Thus, with RoR you can design a complete web application without having to delegate the front-end or back-end development task to anyone else.

Additional bonus – when you learn to code with RoR, you are introduced to HTML/CSS, Javascript, and of course Ruby.

Apart from being a beginner-friendly platform, RoR is comparatively faster than other development frameworks because:

It allows web developers to reuse existing code thereby eliminating the need to developing a code from scratch.

RoR strictly follows the motto of ‘Convention over Configuration.’ It offers a plethora of resourceful libraries having pre-designed templates that allow developers to add any functionality within their codes. This way it saves a significant amount of time of developers that they would end up spending on configuring setup files.

Ruby is an open source OOP language that allows developers to utilize the vast library of source code templates of the RoR community framework.

As mentioned before, RoR is an open source framework with no license charges. It consists of all automation tools that can help eliminate a lot of tasks associated with development projects. Thus, it a very cost-efficient and powerful tool not only for web developers but also for SMB projects.

RoR is founded on the principles of proper web development. It encourages responsible web designing and development practices, that is the three ‘C’s – Compact, Clean, and Comprehensive coding practices. Moreover, RoR fosters Representational State Transfer (REST). Hence, developers can use RoR to organize their web applications based on standard resources and HTTP texts.

Given that the ultimate aim of every website is to gain visitors, RoR framework is perfect for accomplishing this. Since REST architecture is deeply ingrained in the Rails framework, scalability is not an issue with RoR. REST ensures that your website connects seamlessly with your potential audience. Dispelling all misconceptions about scalability on RoR framework, Tobias Lutke, CEO of Shopify states:

Come and aboard the Ruby train with us! We offer comprehensive programmes around Web Development using Ruby on Rails. Our courses are designed to start from scratch and take you all the way to the top. Still confused?! Check out our courses now!