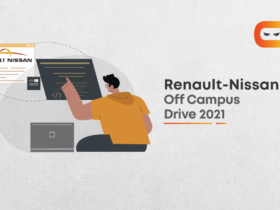 When it comes to programming and coding, the programming language only plays half the role. Most of the heavyweight work is done by the ability of the coder to think on his toes – irrespective of the language. Having said that, it’s still a pickle of a situation if you’re new to the world of programming but know little about the differences in various programming languages. Today, we’ll look at a comparison between two of the most popular languages among developers far and wide – Java and Python,

Both these programming languages have their similarities and unique features that set them apart. The most striking similarity between Python and Java is their “object-oriented” design. However, they have prominent differences too.

Let’s us take a closer look at the areas where Python and Java differ from each other.

The key difference between Python and Java is that while the former is dynamically typed, the latter is statically typed.

When we say that Python is dynamically typed, we mean to say Python allows you to alter the type of variables used. For instance, you can replace an integer in your code with a string. However, you need to ensure that the object that a name refers to supports the operations necessary for running that particular object instances in the code. For example, a code may have two types of object – Cat, and Dog. While Cat and Dog may both support the operation “run,” Dog also corresponds to “friend.” As long as the code only refers to the common operation“ run,” it won’t matter if it pertains to Cat or Dog. This is known as “Duck Typing.”

Contrary to this, Java requires you to strictly define the type of a variable the instant you first feed it in the code. You cannot change the variable type later in the program. This is known as static typing.

While many coders argue that dynamic typing is convenient and more comfortable to work with, others would argue that static typing helps reduce the risk of undetected errors in the code.

Like most programming languages, Java uses curly braces to define the beginning and end of every function and class in the code. Python, on the other hand, uses indentation to segregate the code into blocks. An advantage of indentation is that it allows you to build your program in a way that’s easier to read and understand. Also, there remains no possibility of errors in the code due to missing braces. However, while working with Python, you need to make sure to end the indentation with a colon.

When it comes to portability and compatibility, Java has the upper hand over Python – it can be used to design platform-independent apps. If any device (PC or mobile) can run JVM, it can support Java applications without any hassle. Considering how popular Java is for web apps and desktop programs, it can be safely assumed that most devices are JVM integrated. Hence, they can run any Java program efficiently. Contrary to this, to run Python programs, you need a compiler to convert the Python code into the version that’s compatible with your operating system. However, when a Java code runs on JVM, it usually runs slower than Python codes.

When these features are compared, Python would be recommended by most programmers as the easier language of the two, ideal for rookies. However, Java holds a prominent place among programming languages and is widely used for developing Android apps and web apps. So, no matter which language you choose, you need to remember that programming is fundamentally about logic. It is about building your computational skills. The key is to be versatile. When you master one programming language and have the basic understanding of programming concepts, you can effortlessly switch to any other programming language.

All of these differences will help you in choosing a language to begin with. But, like we said earlier, at the end of the day, it’s all about logical reasoning and the ability to think on your toes. And we’re here exactly for that. Drop by at Coding Ninjas and set your first steps right. We help you develop the required knowledge to tackle any programming language.

PS: There are also early bird discounts! Come on in, quick!