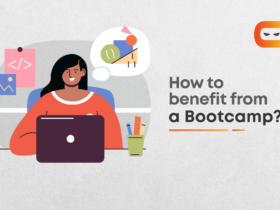 Making The Most Out Of An Online Coding Bootcamp

Introduction To Java Vs C/CPP

If you’re here, chances are, you’ve decided to enter the world of competitive programming. And now, like every other fresher, you’re confused about the language to pick, right?

Java vs C/CPP has been an ongoing debate since the advent of the competitive program. None of these languages trumps the others, and it’s all about your preferences and needs.

You might have encountered numerous blogs on Java Vs C++ and Java Vs C++ for competitive programming but none of them offers you detailed differences between both these languages and draws a reasonable conclusion regarding the same.

For example, to implement Binary Search, Java requires us to write a custom function. Whereas, in C++ Binary Search STL  routine is defined as

The above routine can be used without spending a lot of time on the logic behind something as trivial as a binary search, thereby saving the coder’s time.

Outlining the Difference Java vs C/CPP [Updated in 2021]

Is C++ good for competitive programming?

Why do competitive programmers use C++?

C++ gives the competitive programmers more control over parts of the language like objects, classes, templates etc. in addition to giving control over their implementation.

How do I learn CPP for competitive programming?

Is STL allowed in competitive programming?

Competitive programming is a contest of both speed and accuracy. STL offers you pre-made data structures and some common algorithms which decrease the code size and you can complete the question in less time. Not only is STL allowed in competitive programming, it is advised you use that.

Wrapping it up, C++ is to date the most preferred language followed by Java for competitive programming. However, ardent Java coders still use Java and beat other coders fair and square. C++ being more popular doesn’t make it the one for you.

Eventually, it all boils down to your comfort and your needs. If you’ve been coding in C/C++, you shouldn’t switch to Java just because of its exception handling capabilities. Similarly, if you have a Java background and are competent at it, C++ shouldn’t be your choice only because of its benefits. Being confident in what language you chose is the key along with rigorous practice.

We at Coding Ninjas make sure you don’t lack in either – come, join us, and see yourself excel!

Looking back on 6 years of Coding Ninjas!