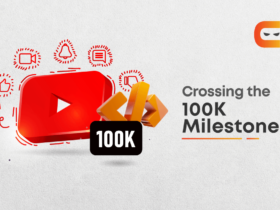 There’s always one coder friend in any friend circle who’s an expert at writing efficient codes quickly. They can get their way across any programming problem because of their grassroots level understanding of things backed by extensive practice. If you, too, have one such friend, and you’re always in awe of them, let’s tell you their secret – competitive programming. More often than not, such sharp brains are a result of patience and perseverance developed through competitive programming. The ability to think on your toes even under pressure is a must have in any coder, and competitive programming helps you master that.

So, competitive programming tournaments are mind-sports that thoroughly test your logical reasoning skills primarily, and coding skills secondarily. These contests are held all over the year and are hosted by some of the respected organizations. Pioneer and the oldest among them is ACM – ICPC started in the 1970s.

Typically a competitive programming event is centered around a set of problems, presented to the participants (few hundred to a few thousands in number). Nature of the problem is often mathematical or logical. The primary objective of these online events is to have contestant write source code in a programming language (usually of their choosing) to test algorithm construction and implementation capabilities.

To excel at competitive programming, not only do you need to be fast, but also thorough with the basic concepts of programming and algorithms. Even the most challenging problem you’ll encounter can be broken down into simpler sub-problems that can be quickly solved if you’re aware of the underlying algorithms and data structures.

Like we said earlier, competitive programming is more of a stress-test than programming test. So, a few basic concepts other than the knowledge of coding and algorithms that’ll come handy are:

Now, from a Computer Science perspective,

Such programming events can be broadly divided into two categories:

Because competitive programming is all about applying right logics at the right time, people find it extremely cumbersome. But, there’s nothing that can’t be conquered with dedicated guidance. At Coding Ninjas, we realize the importance of such competitive programming contests for strengthening the logical capabilities of an individual. Not only that but winning at such cut-throat competitions also gives you the boost you need to grow stronger in your career.

Owing to their vastly varied problem sets, competitive programming events are a playground for coders as they give ample opportunity for honing the coding skills, while at the same time offering a chance of gauging their programming skills on a global scale. Apart from providing these opportunities, such events serve as an excellent platform for top scorers for attracting recruiters like Google, Facebook, IBM, and others. So this can be your launch pad in your journey of finding a career in hardcore programming with leading software/product-based companies.

Keeping all this in mind, we have come up with a dedicated and structured course that guides you through the intricacies involved with competitive programming. With the guidance from our expert instructors, students after training are ready to take on such challenges head-on and with confidence. We have both online and offline classes for you to try.

Just by the way – our online classes are just offline classes gone digital. All of the perks of the offline mode of learning combined with the comfort of studying at your time and pace. If you don’t believe us, do check it out for yourself. There are also trial classes available to make you doubly sure.

So put your thinking caps on and happy coding.

PS: There’s also an early bird discount. So, come on in, QUICK!