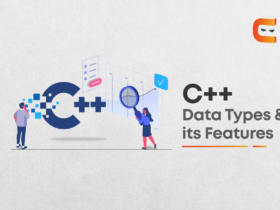 A night before the data structures exam, I’m biting my nails and cursing why did I have to choose engineering, planning a strategy on what topics to leave and what to study, just enough so that I pass this semester without a back. I’m sure I’m not the only one who does this. All-nighters are the only way we know how to study in college, cramming the subject just the night before the exam.

Most people literally cram entire codes to topics a night before the exam. Guys, you are legends! But the fact is in the long run, this won’t help you. The more you cram, the less you’ll remember what it was about. Also, in the next semester, when a bigger version of the subject appears, you’ll start again with the same old cycle of cursing the subject, your decision of taking the course, the education system and so on.

Programming, instead of rote learning it as a theoretical subject, should instead be approached more practically. It should be understood and the codes should be practised instead of cramming. The concept of syntax, dealing with a problem through a particular method, and the “logic” should be understood. If you’ve done this bit, I bet you don’t even need to open the book before the exam(but please do). Before I enrolled in the course at Ninjas, I didn’t even know that there was an actual code for Hashing ( I possibly must have left the entire chapter then :p) possibly because I thought it did not carry enough weightage for the exam. But I was so wrong.

Coding Ninjas not only teaches you a language, they teach you how to study. They start with absolute basics so that even newbies who don’t  know “hello world” can relate to the subject. The classes are loaded with brain teasers to kick start your brains, short teaching sessions and more questions to practice so that you focus on problem-solving instead of cramming. They don’t focus on the language or syntax but most importantly on how to approach the problem so that you can do the same for any other language. All of this, not only fascinates you but makes you fall in love with the world of programming.

Subjects which used to be complicated and scared you till death will now look like a piece of cake. Not only this, imagine actually creating something from scratch. Now imagine, a lot of people actually using “that” something which you made. Sounds like magic? Well, it is! This is what programming does for you. Your favourite app or the website that you love to browse are all things essentially based on programming.

To quote Ankush sir, the most empowering moment of his career was when he and his team launched the Facebook timeline and more than a 100 million people used it on the very day it was launched!

Get inspired. Start programming today to build something amazing for tomorrow!

PS: The weightage of hashing? Well, it’s supposedly one of the most frequent questions asked by Amazon. Don’t make the same mistake. :3