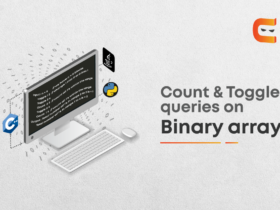 Women all around the world are turning the tables today be it any field. TechGig data shows that young women coders are overtaking men and guess what, they rank higher! The rise of women who code is an undeniably pleasant fact and over the years this has just gotten better. Not to mention, the first programmer was a lady!
She works hard, writes her code well. She’s independent and confident. She’s not the kept but one who does the keeping. Such a diva they are I tell you! Women Coders are just killing it in there.
What can Indian women coders teach the world?
The proportion of women coders in the tech industry is well over 30% in India today. You will be shocked to know that the racers of the Silicon valley have only about 21% of women techies in the org! StackOverflow revealed that Indian women are the highest responders to coding questions on StackOverflow in terms of geography.

Women coders are excelling at scripting
Research shows that while men are still coding in the comforts of traditional languages, new-age women programmers are challenging the norm by coding in scripting languages as experts.
Women code better
The researchers at California Polytechnic State University and North Carolina State University saw that the Computer code written by women coders receive higher approval rating than the code written by men. It was also found that women programmers tend to be very calculative and methodical in nature. They are good at analyzing and breaking down a large problem into small parts.

I’ve personally worked with women who code in India and in the USA and trust me when I say, they are much more organized and methodical than we men. One of my immediate client partners was a syntax and indentation Nazi and I still love the way she writes those codes. Not to mention, her logical and analytical reasoning is impeccable!
Women are the largest reservoir of talent in the world and the world needs to know this. One of the fastest ways of increasing GDP of a country is by getting more and more women into the workforce. We at Coding Ninjas salute the spirit of women coders and extend our best courses for them to harness their coding talents and turn into amazing coders. Let’s build a better, stronger and wiser community of women coders.