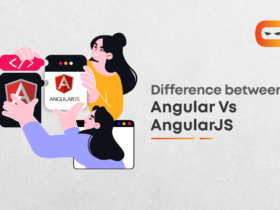 AngularJS vs Angular: Differences Between The Two

Airbnb, Scribd, Groupon, Kickstarter, Pitchfork, Soundcloud, Square, Yammer, Crunchbase, Slideshare, Zendesk, Github, and Shopify…. whooof! They all have one thing in common. Can you guess? Well, let me give you a hint here.
“It’s a breakthrough in lowering the barriers of entry to programming. Powerful web applications that formerly might have taken weeks or months to develop can be produced in a matter of days.  “, says Tim O’ Reily in its honor. Getting intense is it? Let us cut the crap; it is none other than…..

Ruby on Rails!
But what is so good about it? Why is it in the news anyway? Let me take you through a hyperloop journey on why you need to have Ruby on Rails as a skill set today.
The language
The language itself beholds so many surprises for you. It combines some of the best features of dynamic languages. Taking some of the best ideas from strongly typed, static languages and blending them with an object-oriented paradigm makes it super strong. The language has an affinity for getting stuff done with minimal coding. An open source language with a code based model having all the essential elements to make you fall in love with it.
Plenty of online resources and an ever thriving community
Lynda.com, Codeacademy, Rails for Zombies, Treehouse, Learn Ruby the Hard Way and much more. A very well-documented language with an ever thriving community. There a thousand of meetups, code jams and hackathons you can go to almost every week. Trust me, all you need is a good dose of Ruby on Rails for the day.
A beginner’s best friend
Ruby is generous, ever forgiving and beginner friendly at every step. You do not need to remember to end your lines with a semicolon (;) or whitespace tabbing. It’s the teacher you always wanted. Forget to open or close the braces? Ruby will forgive you, grant you marks and make you win! You won’t need to know any SQL to use a database in your Ruby on Rails application which is just awesome. It also teaches you the best developmental practices. All in all its the code buddy, you always wanted.
Developer’s joy
Rapid developmental model, direct access to HTML, CSS and Javascript, full-stack development are few of the many benefits that developers see in ROR. It also has a wide coverage of vendor support and is gaining great traction across the globe. You may not see a number of job openings on this skill but more and more startups are hiring such developers to do many things at a go. All at lucrative payouts. Increased demand, inadequate supply… #ifyouknowwhatimean then grab the opportunity before it slips.
Such good stuff, I know you’re in awe by now. Don’t wait up, get-set-code and ride the Ruby on Rails with Coding Ninjas today!
Get details about Coding Ninjas Web Development Course: Alchemy
Sayonara Ninjas. 🙂
0 Shares
Share on Facebook Share on Twitter Share on Pinterest Share on Email
Pratik Saurav January 27, 2017